Jimmie Cox, 23, was working on a water pipe that busted near the Dallas home of Andrea Adams when Adams noticed something she said was unbelievable. 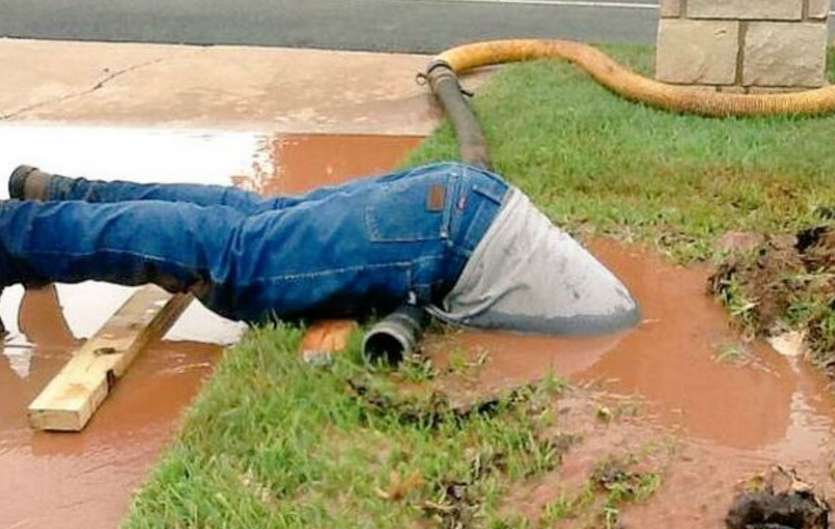 Cox had nearly his entire torso in the 5-and-a-half foot deep pool, trying to close the burst pipe.


Adams, in disbelief, wanted to capture the moment.

"Do you mind if I take your picture, because my husband is never going to believe this," she said."

Cox gave her the OK, and once Adams posted the photo to Facebook, she was flooded with comments.

But the photo has its drawbacks for Adams.

"I've shut down my Facebook, turned off my email," Adams said. "I had a call from a lawyer in Atlanta that wanted to use the photo."

Cox has received comments and messages on Facebook about the photo, but he said that despite the photo going viral, it's not unusual for his job.