The police in Lagos on Thursday arrested a man for allegedly beating his five-year-old daughter with hot iron. 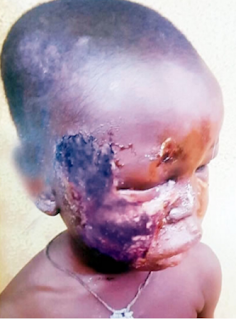 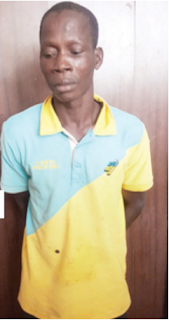 Surakat Idowu, 46, a resident of 8, Kayode Toyoso Street, off Liasu Road, Ikotun, was nabbed after his neighbour reported the toddler’s battery to the police.
The suspect allegedly burnt the child with hot iron on her face and private part because she slipped and fell inside a gutter.

The Nation gathered that the suspect gave the toddler waste to pour into the latrine but the child
slipped on her way and fell inside a gutter.

Angered by the development, the man reportedly beat the girl mercilessly before burning her with hot iron.

Their correspondent learnt that the girl’s mother has been separated from her abusive father for over two years and efforts were on to trace the woman.

Confirming the development, the state Police Commissioner, Fatai Owoseni , said the victim was receiving treatment at a hospital, adding that the suspect who was being interrogated at the command will be charged for child abuse and assault occasioning harm.