A haul of codeine and Tramadol hidden in warehouses in Kano State has been recovered by the National Drug Law Enforcement Agency, while a Malian and four Nigerians were arrested in connection with the psychotropic drugs. 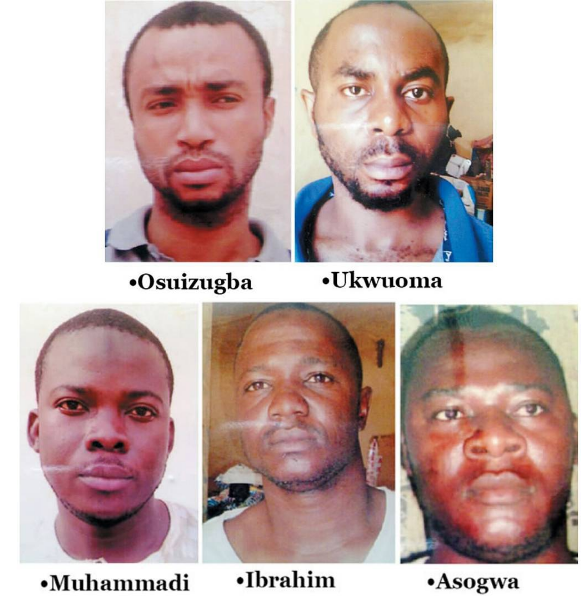 The two drugs remain the most commonly abused narcotics by youths in the northern part of the country, the NDLEA had revealed.


The agency’s spokesperson, Mr. Mitchell Ofoyeju, said on Friday that 2,592kgs of codeine and 1,988kgs of Tramadol were recovered from five secret warehouses located within the metropolis by officers of the Kano State command. “This arrest is part of efforts to reduce the sales and demand for psychotropic substances in the state,” he said.

The Kano State Commander of the NDLEA, Mr Hamza Umar, identified the suspects as Ikechukwu Ukwuoma (34), Nura Ibrahim (30) and Zakari Muhammadi, a Malian.

According to him, Ukwuoma was arrested with 2,010kgs of codeine cough syrup, Ibrahim with 886kg of Tramadol and Muhammadi with 850kg of Tramadol.

Other suspects, Earnest Asogwa (34), Ikenna Osuizugba (34), were apprehended with 582kg of codeine and 252kg of Tramadol respectively.

The arrests and seizures were said to have become possible following an intelligence report about the activities of the suspects. “The abuse of psychotropic drugs like codeine and Tramadol is prevalent among the youth and married women in the state. It is common to see iced bottles of codeine instead of beverage drinks in a gathering of young people,” Hamza stated.

Ukwuoma, a secondary school certificate holder and father of three, is one of the major distributors of codeine cough syrups in the state.

The Imo State indigene told NDLEA officials that he realised he could make a lot of money dealing in codeine more than any other business.