A 31-year-old man, identified only as Damilola, has been arrested by the Lagos State Police Command for allegedly raping a 25-year-old woman on Omole Estate, in the Ojodu area of the state. 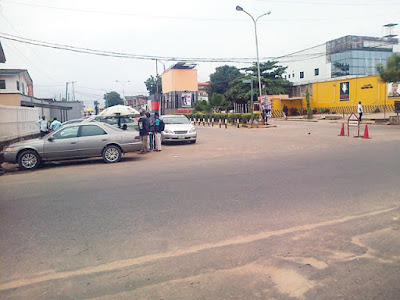 PUNCH Metro reports that that the victim, Favour (pseudonym) and Damilola were members of a parish of the Redeemed Christian Church of God, and the woman had invited the suspect to her birthday party on Tuesday, July 19.

Favour, a National Diploma holder and fashion designer, was allegedly told by the suspect five days after the birthday party that he had a surprise gift for her.

The two were said to have gone to Damilola’s apartment on Otubor Street on Omole Estate. Only for
the suspect to rape the victim in his room.

Favour reported the matter at the Ojodu Police Division and Damilola was arrested.

The incident was also reported at the Lagos State Domestic and Sexual Violence Response Team, Alausa.

A neighbour, who spoke on condition of anonymity, told Punch that Damilola had failed to show up at the victim’s birthday party and allegedly lured her to his house a week later.

She said:
“Damilola and the lady were church friends. The lady had her birthday on Tuesday, July 19, and she invited all youths in the church who were her friends. Damilola, however, did not come. He, thereafter, called her to apologise and promised to make it up.“On the following Sunday, Damilola called her that he had set up a makeup party and that the two were going to a restaurant. However, he took her to his house in the estate, and locked her up. He beat her up and raped her. When the lady regained her freedom, she reported the matter at the police station. On Monday, she, accompanied by other church youth executive, went to the DSVRT office in Alausa to make another report.”The DSVRT Coordinator, Lola Vivour-Adeniyi, said the victim had been taken for medical tests.

She said:
“The suspect allegedly gave the victim multiple slaps and instructed her to pull off her dress. She was crying and begging. The victim later gave in and Damilola raped her.“The DPP has requested the duplicate case file. The victim has been referred to the Mirabel Centre, Ikeja, for necessary tests. The suspect has yet to get a full-time job. He is into entertainment business.”The Lagos State Police Public Relations Officer, SP Dolapo Badmos, confirmed the arrest, adding that the matter had been transferred to the police gender unit.

She said, “The case has been transferred to the gender unit of the command for further investigation.”