Zainab Usman, a Ph.D candidate in Oxford University, United Kingdom, and a member of Premium Times editorial board, said she walked away from the target of the attack 10 minutes before Mohamed Lahouaiej-Bouhle, the crazed ISIS trucker deliberately drove a cargo truck into crowds celebrating Bastille Day on the Promenade des Anglais in Nice, France, killing 85 people and injuring 303.

“I am one of the lucky ones who had left the Promenade just minutes before the incident,” Ms Usman wrote on Sunday on her blog.

Here’s the excerpt of her story as shared on her blog and on Facebook.

“I am in a large crowd walking on one of the adjacent streets, at the main city square, Place Massena, heading home, when we see people running from the Promenade, spilling into the square.

“It is frantic. Chaotic. Nothing like I have ever seen. Mothers grab their children. Friends disperse. The crowd sways and moves in all directions, with a collective look of sheer terror. Something is happening. We don’t know what it is. No one knows.

“My Brazilian classmate pulls my arm and urges me to run. I just had a new, ‘revolutionary’ hairdo. It feels heavy and is dragging me behind. Nevertheless, I run into one of the backstreets. Holding my hair with one hand, my handbag with the other, like a cartoon character, feeling scared and ridiculous at the same time. 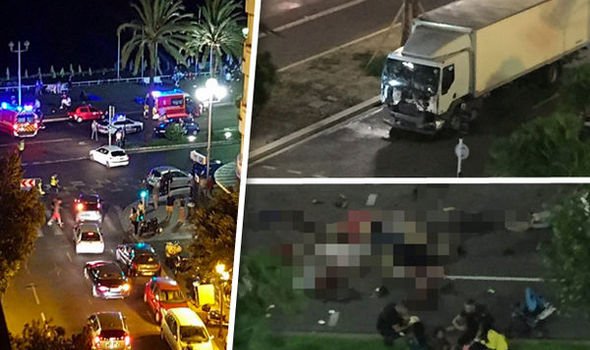 ““We stop. It feels surreal. We actually manage to crack a little laughter amidst all the confusion. We, at least I thought it might have been a false scare. There had been a bomb scare just the week before, a few meters away from my apartment, and the entire area, a 200m radius, had to be cordoned off. No one knows what is happening. Then we start running again. We hear what sounds like gunshots. Now I’m really scared. I imagine gunmen shooting into the crowd. We run, until I get home, and my classmates disperse. “I am stunned and dazed. Several minutes later, I start receiving phone calls, text messages and emails from my closest friends who knew I was (and still am in Nice for about two weeks now for a summer French course) checking to find out if I was okay. It feels surreal.

“Afterwards, I switch on the TV and check the internet, and gradually realise the gravity of what is happening, and what a close shave I had. As the night wears on, and gives in to daybreak, the details of the terrorist attack emerge. The death toll climbs higher. From ‘dozens’ and ‘twenties’ to fifty, sixty, seventy and eighty. I am more stunned the more I realise how lucky I am to have left that area immediately after the ‘feu d’artifice’ (fireworks display). 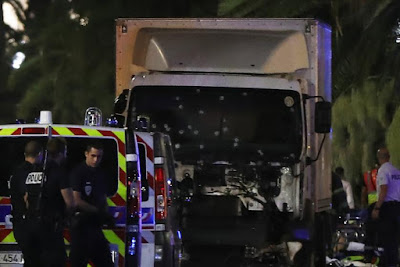 “I get to my French language school at 09.00hrs, thankfully, a three minute walk from where I live. The mood is sombre. Many people did not show up. There is no way of knowing if they are safely hiding at home or if they are missing and are among the injured and the dead. People are huddled in corners, crying, shivering, in shock. An American girl is shaking like a leaf. Her face is wet and red. She wants to go back home. Her justified hysteria makes me emotional. The school authorities console us, urge us to be strong, give us precautionary advice. Many people were at the fireworks display. 14 July, was Bastille Day, a national holiday feted by all, which had turned to a national tragedy. 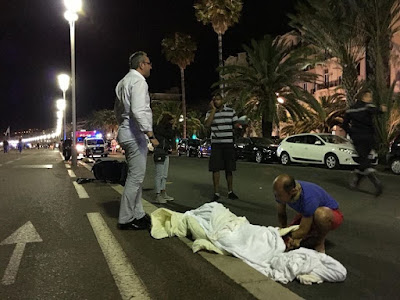 “At mid-day, I go out to buy lunch and grab a newspaper at the city centre, close to the school, and about 15 minutes’ walk from the scene of the attack. The mood is sombre. Most stores are closed. People look downcast, most remain indoors, rightfully so. It is different from the vibrant Nice that is full of life, color, elegance and well-dressed, good looking and tanned people. An otherwise sunny and bustling city is enveloped in an unmistakable blanket of greyness.

“I stay indoors the whole day. Feeling more stunned but surprisingly neither afraid nor hysterical. I can’t believe how lucky I am. As the day wears on, a numbness and heaviness in my heart persists, realising those people who were not so fortunate were in so many ways like me.

“Sometimes I want to cry, but I don’t. The story would have been different if I had stayed at the Promenade for just 10 minutes longer, or if I had decided to walk up a few meters to the famous Hotel Negresco. So close. This realisation gnaws at me still.” 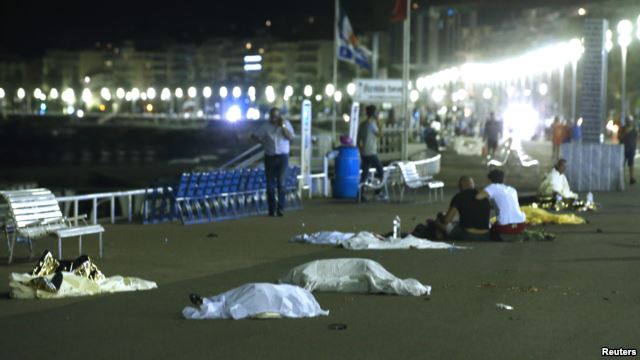