Man kills Ogun worshipper for stepping on his toes


A manhunt for one Kehinde Lawal has been launched by the Lagos State Police Command after Kehinde allegedly killed a technician, Mutiu Edunjobi, in the Isheri area of the state. 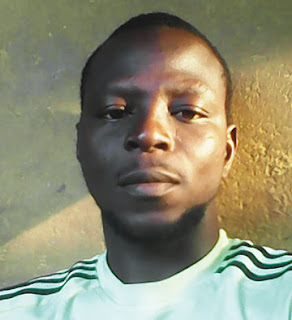 According to Punch Metro, the suspect stabbed the father of two in the neck with a sharp object during Ogun festival in the area.

The festival was organised by one Friday, aka Ipodo, a popular youth leader in the community.

It was learnt that during the event, 34-year-old Mutiu, who was a close friend of Friday, allegedly stepped on Kehinde’s toes, which led to an argument.

While the victim was walking away from the argument, the suspect allegedly stabbed him in the
neck.

He was said to have held on to his assailant to fight back, but soon fell after losing much blood. He was rushed to a private hospital where he died.

A relative of the victim, Ayuba Edunjobi, said the incident happened on Sunday in Edum compound, the venue of the festival.

He said:
“Mutiu was a friend of Friday, the organiser of the festival. Some of the boys at the festival hated him because of his relationship with Friday. “On that Sunday, around 8pm, Kehinde, a teenager, accused Mutiu of stepping on his toes. He threatened to kill him, but Mutiu dismissed the threat as a joke from a boy.“As he walked away from the scene, Kehinde brought out a sharp object and stabbed him in the neck. Blood started spurting from the gash. Mutiu initially held Kehinde’s shirt and tried to fight back, but within seconds, he fell down as he had lost a lot of blood.”PUNCH Metro learnt that other worshippers at the venue apprehended the suspect, while the victim was rushed to a hospital.

The elder brother of the suspect, one Yusuf, aka Ata, was said to have attacked the worshippers and freed Kehinde.
“Kehinde used the opportunity to escape. When he had escaped, people held Yusuf in place of his brother. They took him to the police station while the organiser of the festival, Friday, was also arrested,” Ayuba added.The victim’s father, Dauda, told PUNCH Metro that the family went to report the matter at the Isheri Police Station and was told that Yusuf and Friday were already in detention.
“We were told to find the hospital where my son was admitted. Later, we got a call that he was dead and his remains were at a private hospital,” Dauda added.Investigations by PUNCH Metro, however, revealed that Mutiu was killed as a reprisal for a gang fight that occurred sometime in March.

It was learnt that a resident had been stabbed in the neck by one of Mutiu’s friends.

Although the victim survived the attack, the police were said to have arrested Mutiu based on information from the victim’s friends.

He was, however, released after the police could not find any evidence to indict him.

Mutiu’s relative, Taofik Amore, said since the release, Mutiu’s life had been under threats, adding that efforts by his father to mediate in the case were abortive.
“The gang met his father and told him to prepare to bury his son. He appealed to them that he was only a friend of the aggressor, but they did not listen to him. We believe that Kehinde was planted at the venue to attack Mutiu,” he said. Mutiu’s wife, Maryam, had just been delivered of a baby girl when he was killed.

Maryam, 25, called for the arrest of the prime suspect in the case.

She said:
“My husband is the breadwinner of the family. Now, they have ended all our dreams. I want Kehinde smoked out and prosecuted.”Punch was told that some hoodlums allegedly besieged the Isheri Police Division to free the two suspects arrested by the police, but the police repelled them.

The division was said to have transferred the suspects to the State Department of Criminal Investigations, Yaba.

A resident, who spoke on condition of anonymity, urged the government to rid the community of cults, saying attacks on residents had reached an alarming rate.

She said:
“The suspect, Kehinde Lawal, allegedly stabbed one Mutiu Edunjobi in the neck with a knife during a fight at Edum compound in Isheri. The victim was rushed to a nearby hospital for treatment, but he died.“His corpse has been removed and deposited at the Lagos State University Teaching Hospital morgue for autopsy. We are making efforts to get the suspect.”