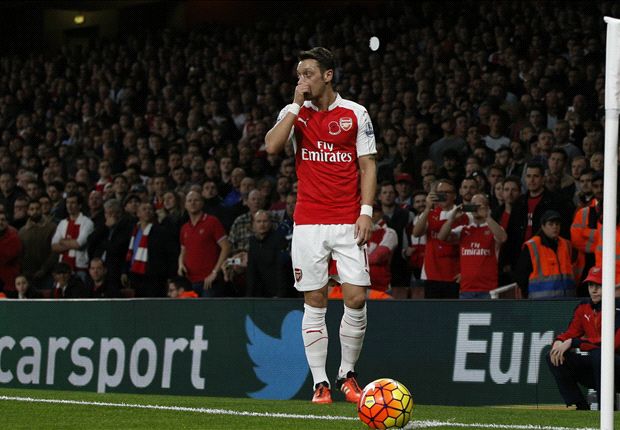 The Arsenal playmaker's cross for Kieran
Gibbs's equaliser against Tottenham on Sunday
made him the first player to lay on a goal in six
consecutive top-flight games.


The German playmaker crossed for Kieran
Gibbs to bundle in an equaliser and secure a
1-1 draw against Tottenham at the Emirates
Stadium.

Ozil has helped Arsenal to five wins and a draw
across those six matches and the Gunners
remain joint-top of the Premier League, trailing
Manchester City only on goal difference.

The Germany international also became the first
player to provide assists for 10 goals in the
opening 11 games of a Premier League season. 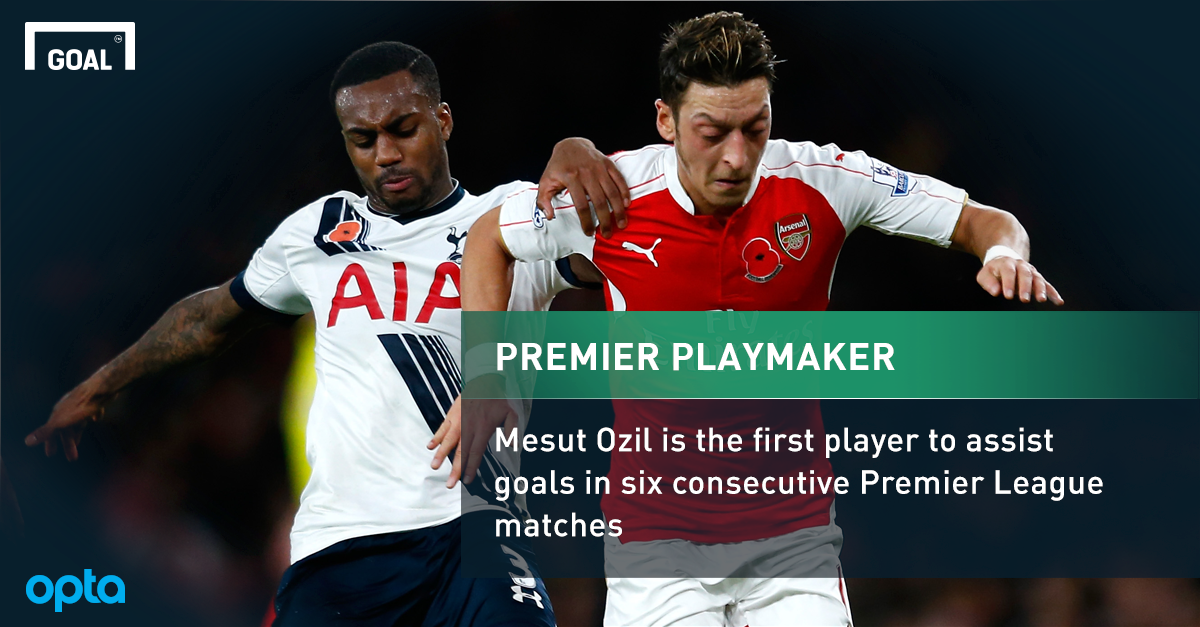