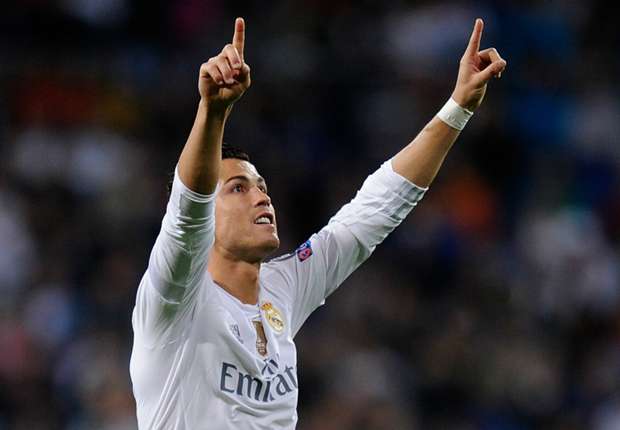 Despite scoring five against Espanyol, the striker has been unable to find the net in any of his side's other league games, but the coach is sure he will find his form again Real Madrid coach Rafael Benitez is confident that Cristiano Ronaldo will soon get back to his goalscoring best in La Liga.

The Portugal international netted five times in the 6-0 win over Espanyol, but has failed to score in each of Madrid's other four league games this term.

Benitez sees no reason for concern, though, and has stressed that Ronaldo remains a key figure for the Santiago Bernabeu side.

"It is not like I expect Ronaldo to score a certain number of goals. We have not set a target for him. But I know he will score a lot of goals," Benitez said.

"Ronaldo has a higher goal-to-games ratio than any other player. That is why he is a key figure for us."

Madrid were without Sergio Ramos in their midweek 2-1 win over Athletic due to injury, while Pepe picked up a knock against the Basque side, and both players are doubtful for Saturday's home fixture against Malaga.

"The injuries concern us somewhat but the balance remains a positive one," Benitez added.

"Sergio Ramos continues to progress well and we are assessing whether it is worth risking Pepe.

"Ahead of Malaga we have to stay focused. It was difficult against Granada last week and it will be the same for Saturday's game.

"We must continue to work hard so that we are able to compete for every title come the end of the season.

"We are doing well, but we are only at the start. We must lay the foundations for the team to finish strongly."