*.Chelsea boss Jose Mourinho named Barclays Manager of the Season for the third time in his career

*.The Blues won their first Premier League title in five years, leading the table for a record 274 daysso far

*.Mourinho said winning this award was 'the icing on the cake' but set sights on retaining title next season

*.Chelsea's Eden Hazard won the Barclays Player of the Season award after an impressive season

Chelsea manager Jose Mourinho has been named the Barclays Manager of the Season, with his star man Eden Hazard scooping the player award.

The Portuguese boss helped the Blues to their first Premier League title in five years after a dominant season which has seen them top of the table for a record 274 days.

It is the third time Mourinho has been awarded the Manager of the Season accolade - the others also came after Premier League title triumphs in 2004-05 and 2005-06. 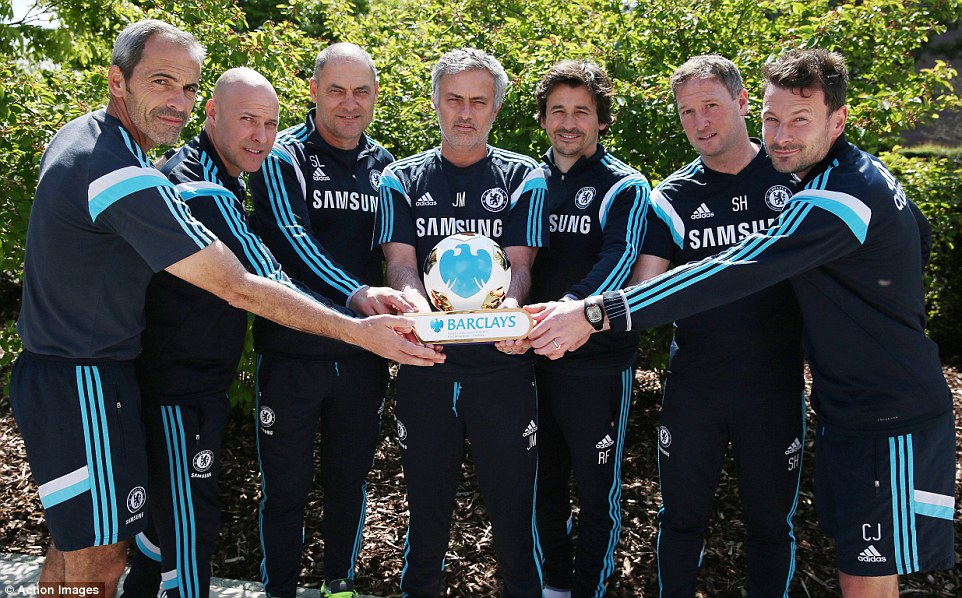 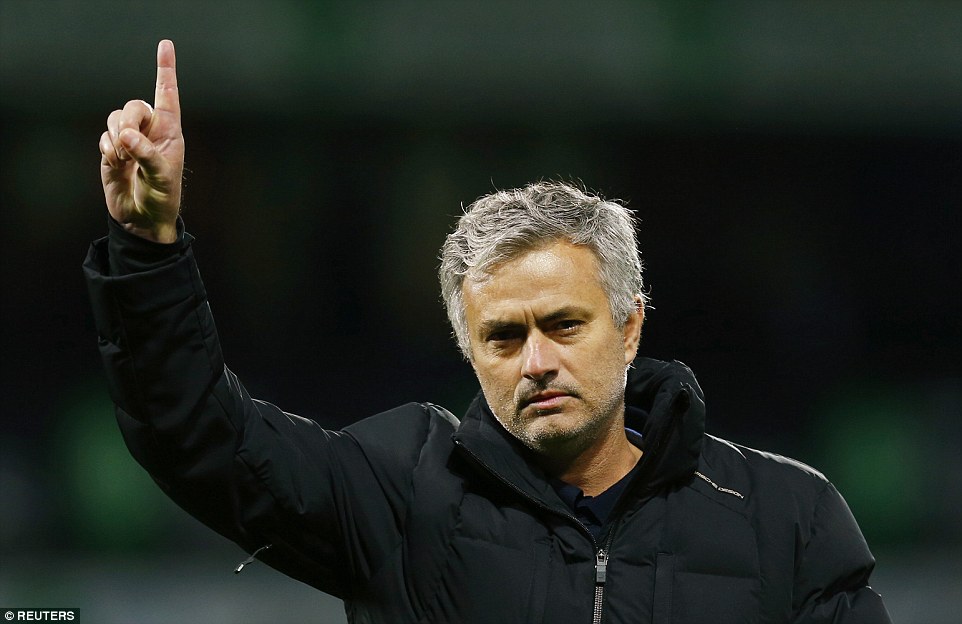 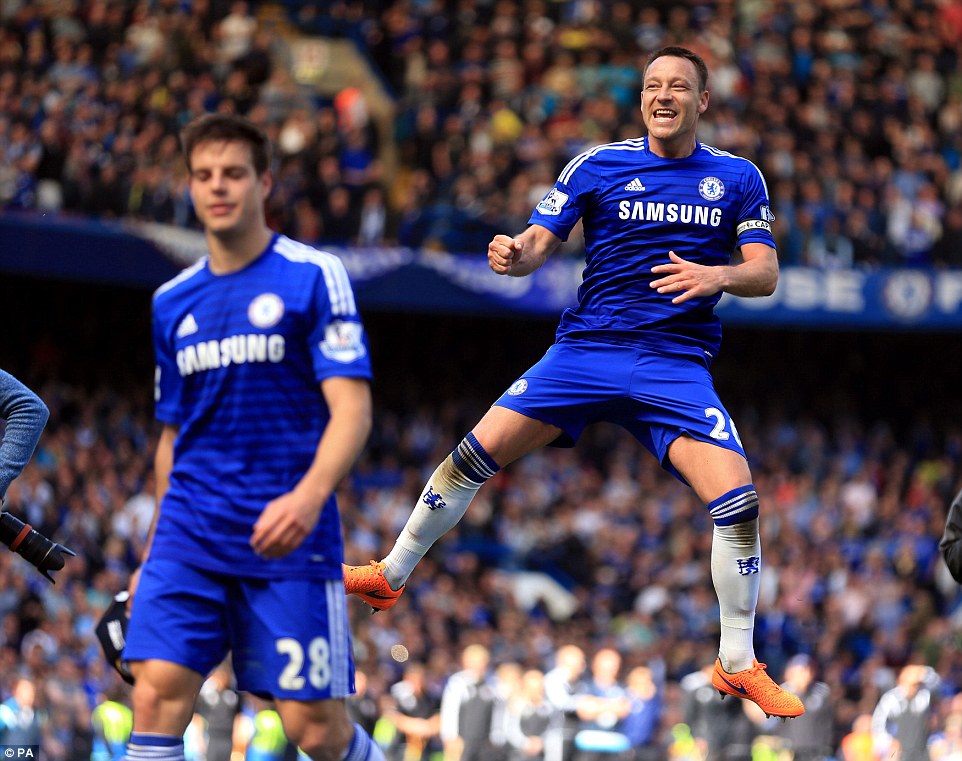 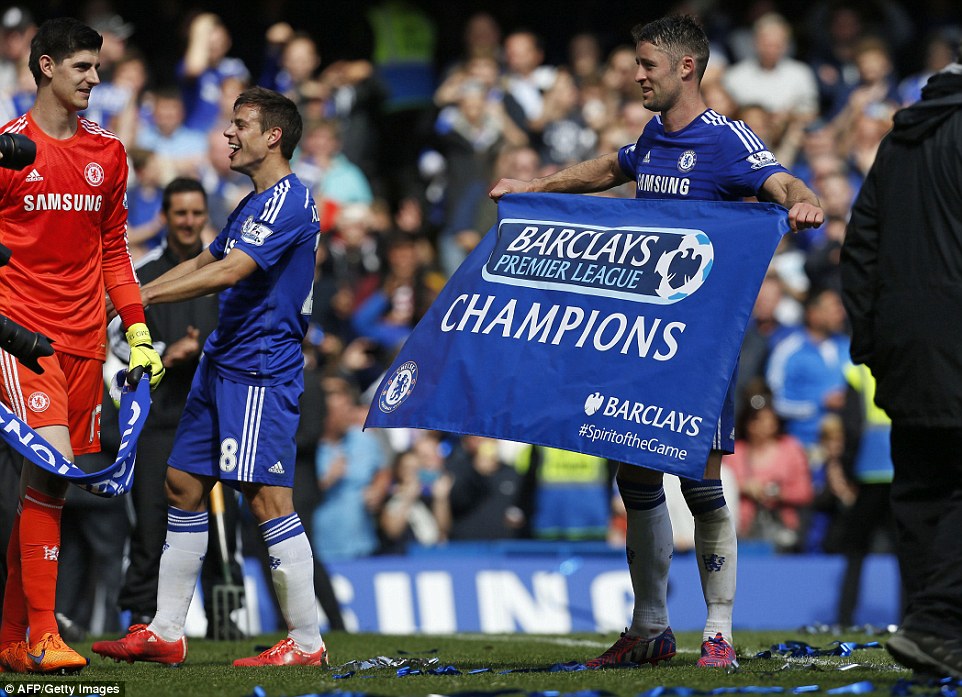 Gary Cahill holds a 'Champions' flag after the title is secured - the Blues led the way for 274 days of the Premier League season, a new record

Mourinho has won the award despite not winning a Manager of the Month prize all season. Indeed, he has only won a monthly honour three times during his two spells at the club.

Speaking to Sky Sports after receiving the award, Mourinho said: 'This is, as you like to say in England, the icing on the cake. But the cake is more important than the icing.

'The cake is the Premier League, the cake is the objective of the manager, of the technical staff, of the squad, of the club and of millions of supporters. And I work for the cake, I don't work for this. I am the manager of the season and obviously I'm very happy with this.
'
The problem is that you are still eating one cake and you are thinking already about the next one. This is permanent so I enjoy very, very much this cake.

'I missed it for a while because the last one I won was 2005-2006 but to come back to England and win it again is a fantastic feeling.'

He has played in all 37 of Chelsea's league matches but will miss Sunday's final match against Sunderland at Stamford Bridge after emergency dental surgery to remove three wisdom teeth.

The surgery meant he missed Thursday night's Football Writers' Association awards ceremony, where he was named Player of the Year. 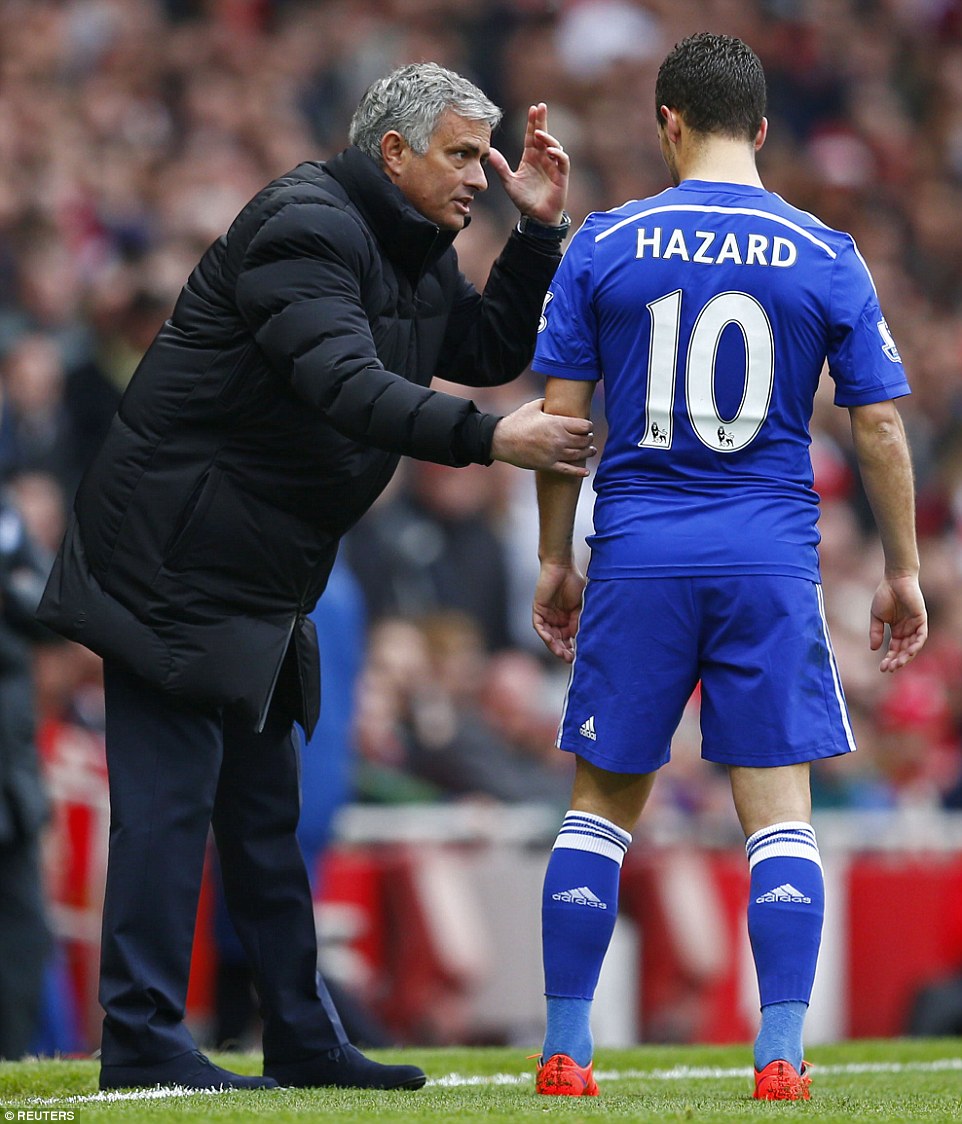 Mourinho with Eden Hazard, who won the Barclays Player of the Season award, during the recent draw at Arsenal 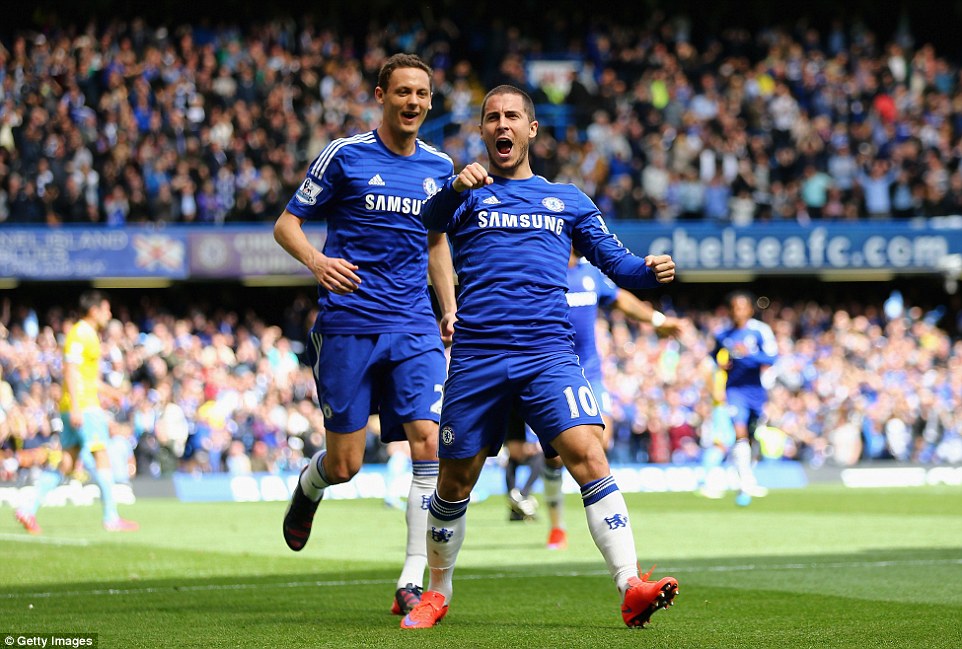 Christophe Lollichon - Goalkeeping coach
Joined the Chelsea staff in November 2007 from French club Rennes, where he had worked with Petr Cech. Lollichon, who gave up his amateur playing career aged 24 to become a coach, admitted earlier in the season that he found it difficult to see close friend Cech displaced by Thibaut Courtois as Chelsea's No 1. 'It's not easy because you've got a goalkeeper like Petr who is at the top of his form.'

Carlos Lalin - First team fitness coach
Lalin joined the team at Stamford Bridge last summer having previously worked under Mourinho at Real Madrid. The Spaniard spent six years at the Bernabeu, having previously been on the staff at Deportivo La Coruna for a decade. Lalin has a Master's degree in injury prevention in football from the Royal Spanish Football Federation and has also completed a PHD in physical education.

Silvino Louro - Assistant first team coach
Former goalkeeper who made more than 400 Portuguese league appearances for Benfica and also played for them in the 1988 and 1990 European Cup finals. Having worked previously with the Portugal national team, he was goalkeeping coach for Mourinho during his first spell at Chelsea. Silvino has followed Mourinho to Inter Milan and Real Madrid. He assumed a wider coaching brief when Mourinho returned to Stamford Bridge in 2013.

Rui Faria - Assistant first team coach
The Portuguese has also been a mainstay of Mourinho's coaching team right from his appointment as manager of Porto in 2002. He has since worked under him at Chelsea, Inter and Real, achieving great success. He made headlines back in April 2014 when handed a six-match ban, later reduced to a four-match stadium ban on appeal, for verbally abusing referee Mike Dean during Chelsea's home defeat to Sunderland.

Steve Holland - Assistant first team coach
The coach learned his trade under Dario Gradi at Crewe Alexandra, serving as director of the club's successful academy. He replaced the long-serving Gradi as manager in 2007 but left the club in December 2008. In August 2009, he was named Chelsea's reserve team manager and in June 2011, he stepped up to the role of assistant first team coach under Andre Villas-Boas, Roberto di Matteo, Rafael Benitez and Mourinho.

Chris Jones - First team fitness coach
Jones formerly worked as fitness coach in the Chelsea academy before moving up to work with the first team squad when Carlo Ancelotti arrived in 2009. Before his time at Stamford Bridge, he studied at Loughborough University and worked for three years at Fulham's academy.