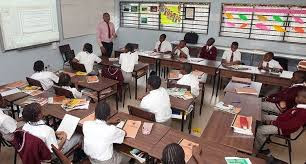 Sokoto State Government has ordered the immediate closure of 16 boarding schools along its borderlines.

A statement on Thursday said the decision was reached at the state’s 17th security council meeting held at the government house.

It said the decision also followed the brief received by the Council from the State Commissioner for Basic and Secondary Education, Dr Muhammad Bello Guiwa, on the security situation in the affected areas and the threats this portends.

Governor Aminu Tambuwal noted that “the schools were to be closed, temporarily for two weeks.”

“Accordingly, Principals of the affected schools are hereby directed to comply with immediate effect,” it stated.