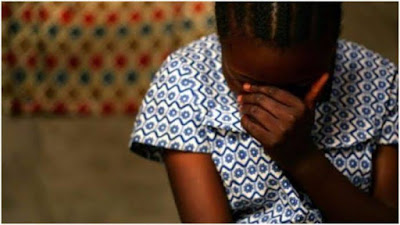 A 26-year-old tenant, Isha Muhammad was on Monday sentenced to seven years imprisonment for r.a p.ing his landlord’s eight-year-old granddaughter in Osun State.

In her ruling, Justice Olusegun Agboola found Muhammad guilty of the offence committed on April 19 at about 8pm inside a kitchen.

The convict was first arraigned on August 3 on three counts of r.a.p.e, defilement, and indecent assault.

Prosecution lawyer from the Ministry of Justice, Idayat Abdulrahman presented five witnesses and tendered six exhibits which were admitted in evidence by the court.


The prosecutor earlier told the court that the victim, about 8pm on April 19, was inside the kitchen when Muhammed attacked her, covered her mouth, laid her on the floor and forcefully had carnal knowledge of her.

The prosecutor tendered a confessional statement of the convict, circumstantial evidence and medical report as part of the exhibits presented.

Abdulrahman further said the victim’s aunt, Araoye Bolanle, 26, on the second day of the incident saw houseflies on the victim, which prompted her to do a thorough checking. She discovered blood and sperm stain on the victim’s private part when she wanted to bathe her.

The victim then narrated how she was r.a.p.e.d by Muhammed to her aunt.

Justice Agboola of the Osun State High Court in Osogbo then sentenced Muhammad for r.a.p.e and indecent assault of a minor.