Seyi Makinde Not Fair To Me, Oyo Deputy Governor, Olaniyan Cries Out 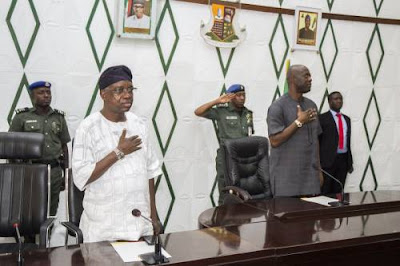 The Deputy Governor of Oyo State, Rauf Olaniyan, has cried out over what he described as unfair treatment by his boss, Governor Seyi Makinde.

Olaniyan complained bitterly of not being carried along in the government.

The deputy governor, in a PDP Elders Steering Committee report submitted to the governor, a copy of which was made available to SaharaReporters, said the governor had completely forgotten about the promises he made to him during the election.

The Oke-Ogun born deputy governor lamented that the governor only gave him few portfolios since he assumed office.


He wondered why a former senator, Agboola Halleluyah, is more relevant in the government than himself who is constitutionally number two citizen of the state.

The report partly reads, "Olaniyan complained bitterly about being oblivious about the running of the government. He said the governor has completely forgotten about the promises he made to him during the election.