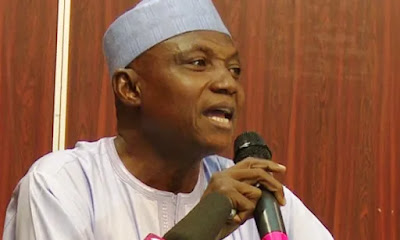 Masari had said on Sunday that 333 boys were still missing.

However, the Senior Special Assistant to the President on Media and Publicity, Garba Shehu, told the BBC Hausa Service that only 10 boys are with the bandits.

The BBC Hausa bulletin read, “The Government of Nigeria has said its security forces have surrounded the location where gunmen have kept schoolchildren abducted from a secondary school in Katsina State.


“Spokesman for the President, Mallam Garba Shehu, told the BBC only 10 children were remaining in the hands of the gunmen according to their colleagues who escaped from the gunmen. The number is below figures released by school authorities at the beginning. Garba Shehu said the school children who escaped said 10 of their friends were still with their abductors.”

The President, Major General Muhammadu Buhari (retd.), who is currently in Daura, Katsina State, on vacation, had come under fire on social media for failing to visit the school where the boys were abducted.

Buhari instead sent a delegation from Abuja to visit the school and sympathise with their parents.