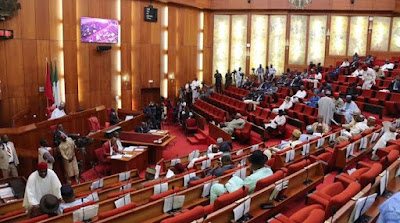 Members of the Senate Public Accounts Committee expressed shock on Thursday when the report of the Auditor General for the Federation revealed that officials of the Federal Ministry of Petroleum Resources spent N116m to buy biros, letterhead and toners in one year.

The breakdown of the expenditure showed that the ministry spent N14.5m to purchase Schneider biros, N46m to print the ministry’s letterhead and N56m to procure toner for its photocopy machines.

The AuGF stated this in his 2015 audit report currently being scrutinised by the Senate committee led by Senator Mathew Urhoghide.

The query by the Office of the AuGF reads, “The contract for the supply of Schneider biros worth N14.5m was split into smaller packages of less than N5m each and was awarded to four different companies in order to circumvent the permanent secretary’s approval threshold of N5m.


“Similarly, the contract for the printing of the ministry’s letterhead worth N46m was also split and awarded to 11 different contractors.

“Also, the contract for the supply of toners worth N56m was split and awarded to seven different contractors. The permanent secretary has been requested to explain this contravention of the Public Procurement Act 2007.”

The Chairman of SPAC asked the representative of the Ministry of Petroleum Resources, Godwin Akubo, to respond to the query by the AuGF.

The ministry, in its response, said, “The action of the ministry was a quick response to the needs of the various departments in the Ministry of Petroleum Resources. These awards followed normal rules and procedures.

“The contracts were not split. They were awarded to the various contractors at different times when items were needed.

“The sum of N46.6m used for printing of letterhead followed due process and the large sum of money is explained by the volume of the produced for most of departments.”

Dissatisfied with the defence of the permanent secretary of the ministry, the chairman of the committee sustained the query.

He asked the committee secretariat to document the money spent and ask for the refund from the officers involved in the ministry.