Trump Set To Be 'most Prolific Execution President' In 100 Years 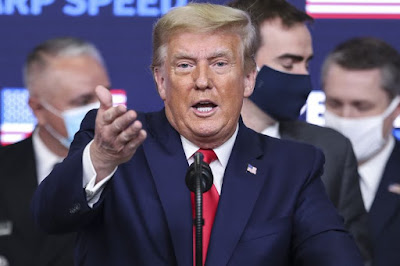 Donald Trump's final days in the White House will oversee a rush of federal executions before he leaves. Five lethal injections are scheduled before President-elect Joe Biden's January 20 inauguration.

The move breaks a 130-year-old precedent of pausing executions amid a change of Governments.

If all five are completed, it would make Trump America’s most prolific executioner leader in more than a century.

He will have overseen the federal executions of 13 death row inmates since July of this year. The five executions began this week, starting with Brandon Bernard.

The 40-year-old was executed  by lethal injection for his 2000 conviction in the 1999 kidnapping and killing of youth ministers Todd and Stacie Bagley on a military reservation in Texas.