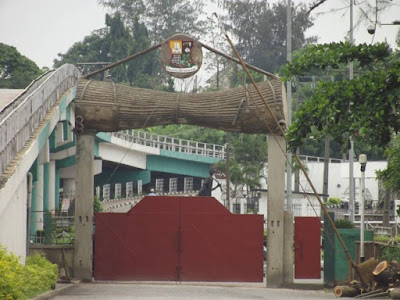 Suspected robbers have burgled the Oyo State Government Secretariat in Ibadan and carted away valuables.

Daily Post gathered that the suspects stormed the Secretariat in the early hours of Thursday.

The robbers allegedly burgled the office of the Special Adviser to Governor Seyi Makinde on Culture and Tourism, Hon. Akeem Ademola Ige, located within the Head of Service Office Complex in Agodi Secretariat, Ibadan.

Ige who confirmed the incident on Friday said the burglars penetrated his office through the window.


He explained that the burglary proof protecting the window was destroyed by the intruders before getting access into his office.

He said that “the only item the burglars stole was a plasma television.’

Ige said he reported the incident immediately to the Office of the Head of Service.

He added that before his arrival, some government officials working in his office had reported the incident to the Permanent Secretary, Cabinet Office and Security Matters, Governor’s Office, Ibadan.

Ige, however, said ‘the Head of Service and Permanent Secretary, Cabinet Office and Security Matters, have taken appropriate steps on the incident.”