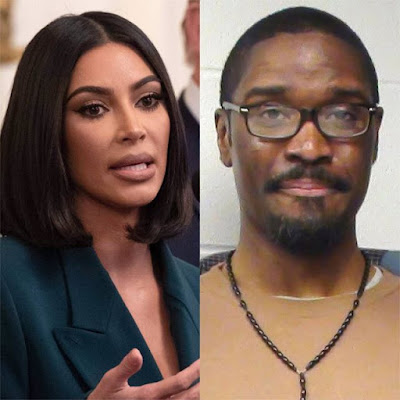 The first execution of Donald Trump’s final days in office has gone ahead after last-minute clemency pleas were rejected by the US Supreme Court.

Brandon Bernard, 40, received a lethal injection in Indiana on Thursday after telling the couple he killed his was sorry.

Before Mr Bernard's execution, Ms Kardashian West tweeted that she had spoken to him earlier: "Hardest call I've ever had.”


She added: “Brandon, selfless as always, was focused on his family and making sure they are ok. He told me not to cry because our fight isn't over."

He was convicted of murder in 1999 when he was a teenager, and is the youngest offender to be executed by the federal government in nearly 70 years.

The case of Mr Bernard was a rare execution of a person who was in his teens when his crime was committed.

Mr Bernard, 40, directed his last words to the family of the couple he killed.

"I'm sorry," he said, lifting his head and looking at the witness-room windows.

"That's the only words that I can say that completely capture how I feel now and how I felt that day."

Just before the execution was scheduled, Mr Bernard's lawyers filed papers with the Supreme Court seeking to halt the execution.

But about two and a half hours after the execution was scheduled, the Supreme Court denied the request, clearing the way for the execution to proceed.

#BrandonBernard should not be executed:
1. He was 18 at the time.
2. He was not the shooter.
3. The prosecutor and 5 of the jurors now support clemency.
4. He’s spent decades in prison w/out a write up, helping at risk youth.
5. There’s bipartisan support for his commutation. pic.twitter.com/18GugdtuOs