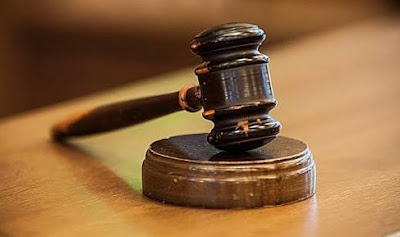 A 19-year-old girl, Jemila Ibraheem, was on Wednesday remanded in police custody in Lagos State, for the alleged murder of her ex-lover’s girlfriend.

The teenager, who is an upcoming actress and resides in the Satellite Town area of Lagos, was charged with one count of murder.

The court, however, did not take her plea.

The Magistrate, P.E. Nwaka ordered that the defendant be kept at the Criminal Investigation Department, Panti, Yaba, pending advice from the Lagos State Director of Public Prosecutions.


Nwaka adjourned the case until January 4, 2021, for mention.

Earlier, the prosecutor, ASP Thomas Nurudeen, told the court that the defendant committed the offence on November 18 at Ekoba Street in Monkey Village, Satelite Town, Lagos.

According to him, the defendant went to her ex-lover’s house and saw that the deceased, who was the new girlfriend and had stayed overnight.

Nurudeen told the court that in a fit of rage, the defendant poured fuel all over the house and used a lighter to set the house on fire, with the deceased inside it.

He further stated that the deceased was rescued from the fire with the help of some neighbours but later died at the hospital as a result of the burns she sustained.

Nurudeen noted that the alleged offence contravenes Section 223 of the Criminal Law of Lagos State.