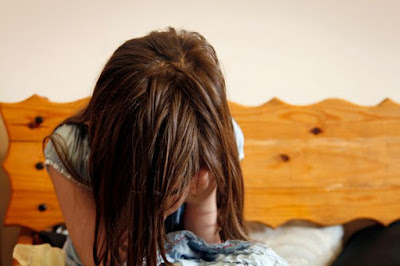 A 12-year-old girl has given birth to twins in Argentina after being denied an abortion by local authorities despite having been r.a.p.e.d.

Authorities in Jujuy forced the child to remain pregnant until the twins could be safely delivered by caesarean section.

Legislation around abortion is extremely strict in Argentina, which only legalised the procedure in cases of r.a.p.e last year.

Devoutly Catholic Latin America is home to several countries considered to have the world's toughest restriction on abortion.


The name of the 12-year-old girl is unknown, as is her attacker's identity, but outraged medical professionals have decried the authorities' decision to deny her a legal abortion.

The Jujuy branch of Health Professionals for the Right to Decide released a damning statement on the handling of the case:

'Despite the fact that the National Directorate of Sexual Health made an offer to immediately resolve the situation, preserving the physical and emotional health of the girl, the authorities in charge of the local Health portfolio, rejected the proposal and they decided not to guarantee this girl her right to ILE (legal interruption of pregnancy),' the statement read.

It was posted to social media along with a comment accusing the State of 'sinisterly perpetuating' inequalities faced by abused girls when it should be protecting them.

Health Professionals for the Right to Decide, accused authorities of deliberately delaying acting on the girl's situation until she was far enough into her pregnancy for the twins to survive outside of her womb.