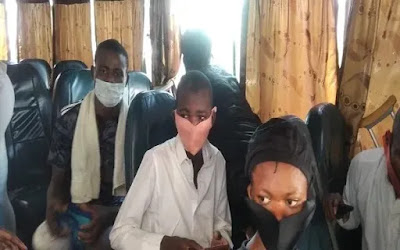 Fifteen #EndSARS protesters who suffered gunshot wounds on 20 October at the Lekki Toll Gate surfaced today at the venue of the Lagos State Judicial Panel of Inquiry, probing the incident and other police atrocities.

On their tail was Mr Nathaniel Solomon, whose younger brother Abouta Solomon was said to have been shot dead at the toll gate.

The deceased had been buried in his hometown in Mubi Local Government Area of Adamawa State.

Grace said after her brother’s death, the hospital authorities said he died of COVID-19.

The Nigerian Army has denied allegations that it shot at peaceful protesters, saying it merely fired blanks into the air to disperse the protesters.