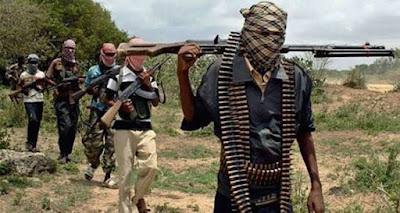 A court worker, Suleiman Abdulkareem, has been beheaded on his farm in Bagana, in the Omala Local Government Area of Kogi State.

The incident reportedly happened in the early hours of Monday.

It was gathered that Abdulkareem, a security guard with Upper Area Court in the town, was attacked by the assailants on his farm.

Residents said the deceased went to harvest some farm produce when he was killed, adding that by the time local vigilantes got to the scene, the hoodlums had fled.


Bagana, a village of over 20,000 inhabitants, situated on the bank of River Benue and about 15 kilometres away from Abejukolo, the headquarters of Omala LGA of Kogi State, has been many times attacked by bandits and herdsmen.

More than 300 deaths had been reportedly recorded, with many villages razed.

The Divisional Police Officer of the local government, DSP John Ogbebor, confirmed the death, adding that the police had launched a manhunt for the killers.