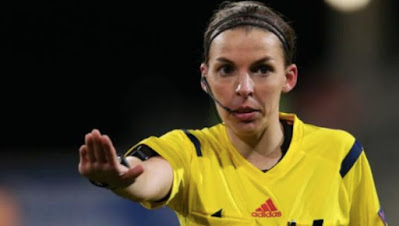 Frappart became the first woman to take charge of a major men’s Uefa competition match when Liverpool and Chelsea met in the 2019 Super Cup.

The 36-year-old also refereed the 2019 Women’s World Cup final between the USA and the Netherlands.

She has refereed French Ligue 1 games since 2019.