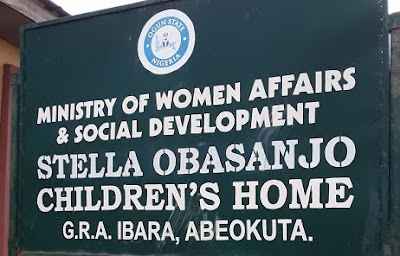 The five children reportedly disappeared from the facility last week Thursday under a mysterious condition.

They were said to have disappeared at night and their whereabouts have since remained unknown to the Ogun State Government.

Baffled by the sudden disappearance of the five children, the state government said the case has been reported to the police on Friday.


The Ogun State Commissioner for Information, Waheed Odusile, confirmed the incident to newsmen, saying the government is on top of the situation.

Odusile expressed shock that the children could be missing at the orphanage where they do not have free access to go out.

The Commissioner stressed that everybody on duty on the night of the incident have been queried.

He assured that government and security agents would intensify efforts towards bringing back the missing children.