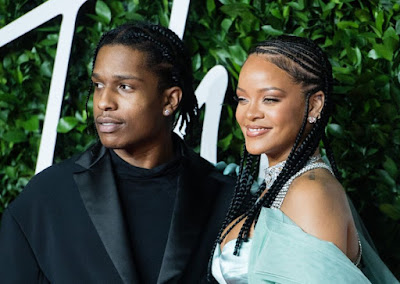 After months of romance rumors, Rihanna and A$AP Rocky just might be Hollywood's newest couple. On Nov. 30, People exclusively revealed that a source told the outlet that the longtime pals are dating.

The news comes shortly after they were spotted having dinner with friends this past weekend. While the Fenty Beauty founder and rapper have sparked countless dating rumors over the years, neither of the stars have confirmed any romance.

Rihanna reportedly split from Hassan Jameel back in January, after dating the businessman for nearly three years.

However, the duo never addressed their breakup. Rihanna and A$AP are not only friends, but also frequent collaborators - the rapper appeared in Rihanna's Fenty Skin campaign back in July alongside Lil Nas X.