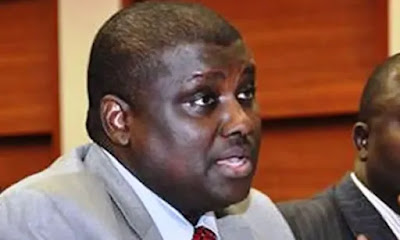 The fugitive pension thief was arrested Monday evening by the operatives of Niger Republic intelligence service.

The arrest was done in collaboration with Nigeria’s Economic and Financial Crimes Commission, EFCC.

According to PR Nigeria, the arrest was made possible due to an existing mutual relationship and security agreement between the two neighbouring countries.


EFCC operatives had learnt of Maina’s escape to Niger about two weeks ago and had worked with that country’s security forces to effect his arrest.

Maina, along with his company, is facing a 12-count charge of money laundering, to the tune of N2 billion.