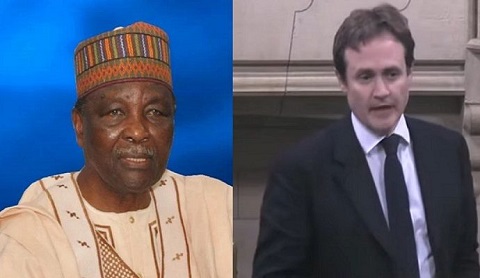 Former Nigeria head of state, Yakubu Gowon, has denied allegations that he took to the United Kingdom “half of the Central Bank of Nigeria”.

A member of the UK Parliament, Tom Tugendhat, made the claims during a debate on the Lekki tollgate shootings of protesters.

Tugendhat remarked that “we know that today, even now, in this great city of ours, there are, sadly, some people who have taken from the Nigerian people and hidden their ill-gotten gains here.” He said Gowon was one of them. According to him, Gowon took half of the CBN to the UK.

However, in an interview with the BBC, Gowon described the allegations as “rubbish”.


He said: “What the MP said is rubbish. I don’t know where he got that rubbish from. I served Nigeria diligently and my records are there for all to see.

“I did not want to speak on this issue because people that know me know that what the MP said is not true.”