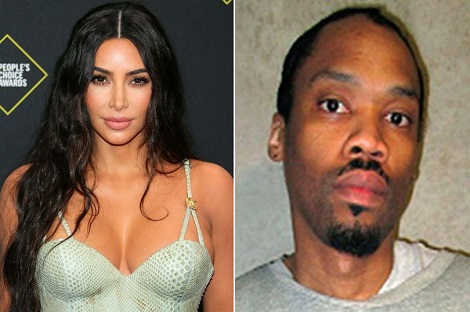 Kim Kardashian has visited death row as she fights to have another prisoner freed from jail.

The Keeping Up With The Kardashians star is using her legal know-how and celebrity status once more to help free someone she believes no longer deserves to be behind bars.

Kim, who is training to be a lawyer, is trying to help death row inmate Julius Jones, a black man who was 19 when he was arrested for the shooting death of a 45-year-old white man named Paul Howell in 1999.

Julius was convicted of first-degree murder in 2002 and sentenced to death.


Kim came face-to-face with him in Oklahoma City on Monday, where sources told TMZ she spent time with him and his attorney Dale Baich.

It's said that Kim promised to do whatever she could to help assist Julius' legal team as they fight for his freedom.

After the meeting, Kim is then said to have gone to a local church to meet with some of the prisoner's family members.

The site reports that Julius' mother got emotional as she recounted the night of the murder that saw her son sentenced to death.

She said her son was home with her the whole time.

It's thought that Kim became interested in the case after watching the Last Defence, a 2018 Viola Davis-produced docuseries all about Julius' case.

Kim, who has spoken about criminal justice reform at the White House, also helped to push a Change.org petition in support of Julius. It went from a couple hundred thousand signatures to millions.

Some critics of Julius' case say they believe it was racially charged and that there was little evidence to tie him to the scene.

Julius has stated before that he believes he was framed for the murder.

He filed a petition for clemency last year and is now waiting for the Oklahoma Pardon and Parole Board to recommend that his sentence should be commuted.

A final decision would then fall to Governor Kevin Stitt.

Julius does not yet have a scheduled date for his execution.