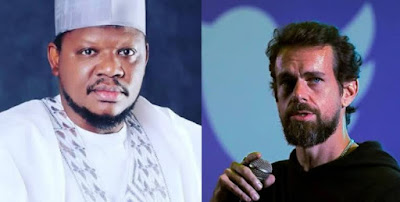 Singer Peruzzi has reminded a former Presidential candidate, Adamu Garba about his lawsuit against Twitter CEO, Jack over his support for #EndSARS protesters in Nigeria.
Reca;; Adamu had announced that his first hearing on the lawsuit filed against Twitter CEO, Jack Dorsey will be coming up in a few days, which has now turned into weeks.
Adamu had initiated a $1 billion suit against Jack at the Federal High Court, Abuja, over alleged sponsorship of the #EndSARS Protest across the country.

But not hearing anything from Adamu again, Peruzzi tweeted at him to ask HOW FAR.


In his response, Adamu who isn't sure of the actual date said;

“Very much so, our first hearing should be before end of this month, hopefully. @peruzzi.”

See the exchange below....

ONE COLD BEER FOR PERUZZI? PLEASEEEEEEEE 😂😂 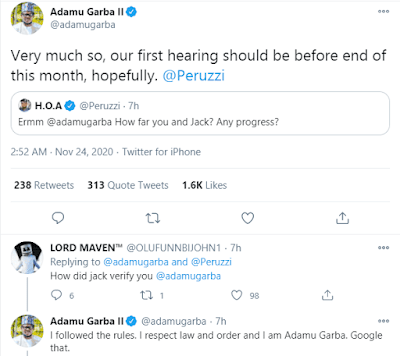