ASUU Strike: I Have 3 Children In Public Universities – Ngige 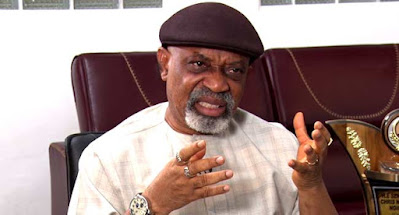 Minister of Labour and Employment, Chris Ngige, has restated the commitment of Federal Government to end the eight-month strike embarked on by members of the Academic Staff Union of Universities.

He described as untrue, comments that government officials have been foot-draggers in the ongoing negotiations with the university lecturers because their children school abroad.


The minister, who spoke on an Arise TV interview monitored by The Punch, added, “So, when ASUU says politicians don’t care because they have taken their children abroad, Chris Ngige cares because my children are not abroad even though they have dual nationality – two of them have American citizenship; they can be in America but I choose them to be here with me.

“So, ASUU cannot accuse me of not being nationalistic enough. Anything that will help the university system here, I am in the forefront.”