Fuel Hike: We Are Not Planning To Embark On Strike Now – NLC 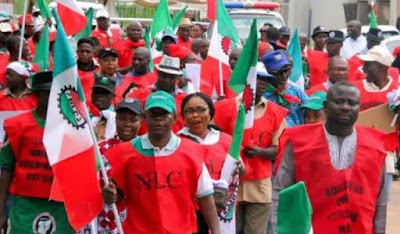 The Nigerian Labour Congress, NLC, on Monday said it is not planning to embark on any strike now following hike in fuel price by the Federal Government.

The NLC and Trade Union Congress, TUC, had on Sunday walked out of a meeting with the federal government over what they called insincerity of government.

But NLC’s Deputy President, Comrade Joe Ajaero on Monday in Abuja stated that the union had no strike option on its agenda for now.

He said the labour staged a walk out of the meeting with government to express its anger over government’s insincerity.


According to him, labour needed to consult widely before taking any decision to embark on any strike.

The Organised Labour had on Sunday walked out of a meeting with the Federal Government on recent increase in fuel price and electricity tariffs.

The meeting was said to be about five minutes old before the Organised Labour, comprising Nigerian Labour Congress, NLC, and the Trade Union Congress, TUC, staged a walk out.