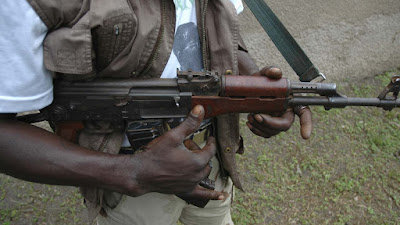 Isaac Orisadeyi, the younger brother of the Commissioner for Special Duties in Oyo State, Mrs Funmilayo Orisadeyi, has been killed by gunmen.

The 45-year-old was reportedly shot along Nihort-Idi-isin Road in Ibadan, the Oyo State capital, on Tuesday.

A source said the commissioner confirmed that two hospitals rejected the victim before he eventually gave up the ghost.

It was gathered that Isaac was on a commercial motorcycle on his way home from work around 8pm when the incident happened.

The gunmen, who were said to be trying to snatch the motorcycle on which he rode, reportedly pulled the trigger when the rider resisted them.