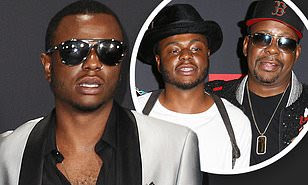 Rest in peace, Bobby Brown Jr. The 28-year-old son of Bobby Brown died on Wednesday, a spokesperson for LAPD confirms to ET. ET has reached out to Bobby's rep for comment.

According to the LAPD spokesperson, officers from the West LA division responded to a call about a medical emergency at around 1:50 p.m. on Wednesday. When the officers arrived, there was a male subject who was pronounced dead at the scene. No foul play is suspected, and the case is being handed over to the L.A. county coroner.

Bobby Jr., one of Bobby's seven children, was born in 1992, at the end of the singer's 11-year on-off relationship with Kim Ward. Bobby's daughter Bobbi Kristina, whose mother was Whitney Houston, was born in 1993.