Pilots Under Investigation For 'drawing Gigantic P.e.n.i.s In Sky' In X-rated Detour 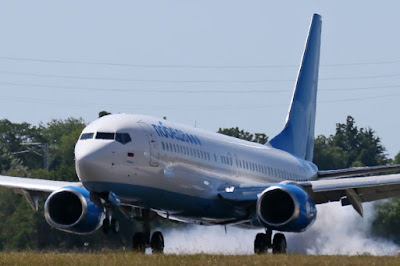 Two pilots are under investigation for allegedly performing phallic-like turns in Russian airspace in a bizarre act of solidarity with the country’s football captain.

The unnamed crew of Pobeda airline are reported to have manoeuvred the plane to draw a p3nis in the sky to back Russian team captain Artem Dzyuba who was suspended from international duty after footage showing him performing a s3x act in bed was leaked online.

A video highlights an alleged X-rated detour taken by flight DP407 en route from Moscow to Yekaterinburg on 11 November.


Kremlin-owned RT called it a “ballsy flight path” but questioned whether the alleged stunt was a “bit too cocky”.

“This was probably the way in which Pobeda captains expressed their support to Russian team captain Artem Dzyuba and showed their attitude to him being bullied,” said a spokesman for the airline.

It was later confirmed that the Federal Air Transport Agency is investigating the “phallic protest” over the city of Neftekamsk.

Reports suggest the crew requested permission for air manoeuvres “due to a need to check radio-navigation equipment”. 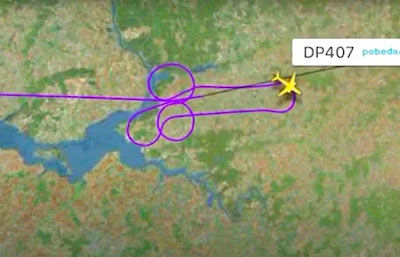 Mr Gusarov said: “Moreover to draw something like this and then to admit to it means confessing to hooliganism.”

Separately, the FSB security service is investigating whether the 32-year-old Zenit St Petersburg player was blackmailed for $5 million over the compromising video which was allegedly hacked from his mobile phone.

The married player reportedly met a hacker responsible for stealing the intimate footage but refused to pay the ransom.