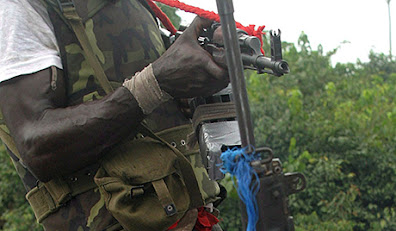 Armed men who kidnapped some Nigerian French Language students of Ahmadu Bello University, Zaria, along the Kaduna-Abuja highway on Sunday, have demanded a cumulative sum of N270 million as their ransom.

One of the students among those in the bus but succeeded in escaping, Dickson Oko, said that the kidnappers had reached out to the families of the kidnapped students, demanding N30 million ransom on each.

Oko, who sustained a gunshot wound during the attack, said he was recuperating but was devastated by the thought of his colleagues in captivity.


He told Daily Trust that despite the gunshot wound, he was among those that ran out of the bus, leaving his phone and other belongings.

He, however, said when he returned to the bus after the attack, his phones and those of others were no longer there.

Oko and the bus driver, Nuruddeen Mohammed, told Daily Trust that 12 of them were in the bus but nine students were kidnapped.

Also, a female relative of one of the kidnapped students told the Voice of America (VOA) Hausa Service monitored in Kaduna that the kidnappers have reached out to the family demanding for N30 million per student.

She pleaded with the kidnappers to have mercy and release the victims, saying they were only students.