Aww! Williams Uchemba's Wife Reveals She Made The First Move 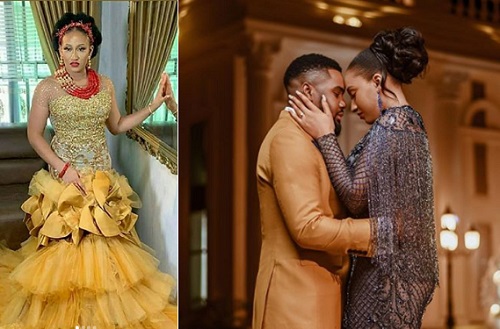 According to her, she was scrolling through Facebook randomly in November 2016 and saw a video of Williams Uchemba and watched it.

She said while watching it, she heard a voice say, ''This is your husband''. She then immediately sent him a message.

She said she went to school the next day excited and told friends she had met her husband but they thought she was crazy, lol.


She said she didn't get a response from him on the same day, but he replied the following day. He asked where she hails from and she told him, "I am from that state your mother doesn't want you to marry from."

She said he gave her his number then and asked her to send him a message on WhatsApp. After messaging her, he video called her that same night and it became a norm and a wedding is what they had over the weekend.

Read the full story she shared with Wedding Digest Naija. 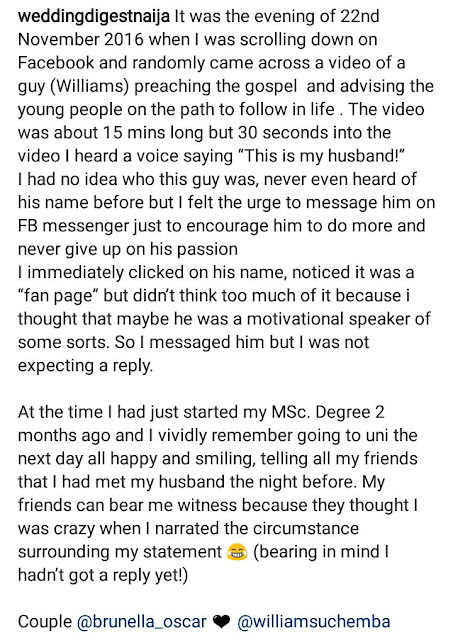 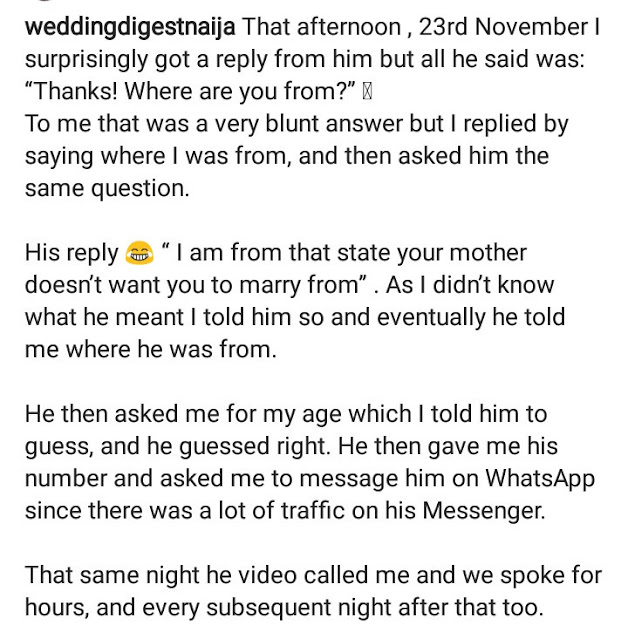 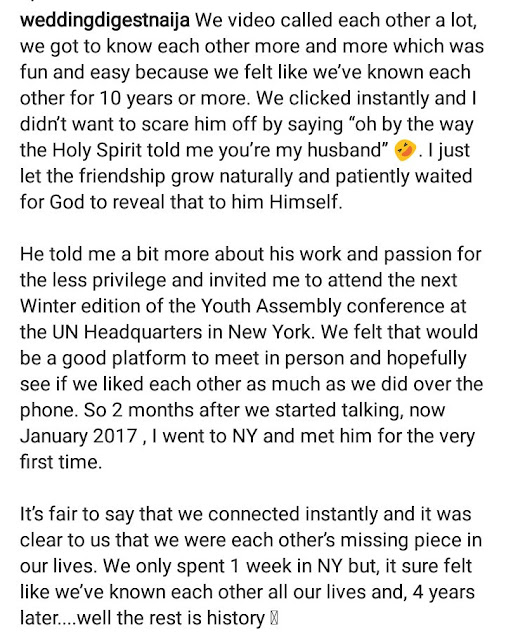