US Rapper Benny The Butcher Shot During Attempted Robbery 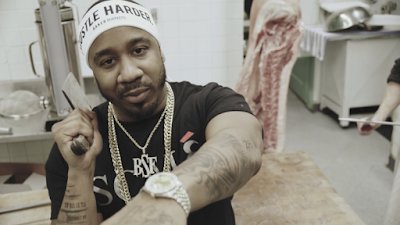 New York rapper Benny the Butcher has been shot.

He was shot in the leg over the weekend during an attempted robbery outside a Houston Walmart, according to police.

Houston police said Jeremie Pennick (aka Benny the Butcher) and two other people were in the store parking lot in the 5200 block of South Rice Avenue around 4:30 p.m. when five men in ski masks approached them and demanded their jewelry.

According to police, Pennick, 35, was moving too slow and one of the suspects fired a shot, hitting him in the leg.


Authorities said Pennick was taken to an area hospital by EMS after he tried to drive himself.

Pennick is a rapper from Buffalo, New York. He's part of the hip-hop group Griselda.

He is expected to recover.