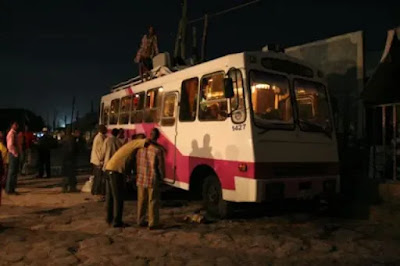 Gunmen massacred no fewer than 34 people in an attack on a bus on Saturday night.

The attack happened in the Benishangul-Gumuz region, in western Ethiopia, the national human rights body said on Sunday.

And it occurred amidst security vacuum in the country, as military campaign was intensified to subdue Tigray in the north.

The Ethiopian Human Rights Commission said the number of people killed was likely to rise after what it called a “gruesome” attack on the passenger bus.


It said there were reports of “similar” attacks, and of people fleeing the violence, in other parts of the region.

“The latest attack is a grim addition to the human cost which we bear collectively,” Daniel Bekele, commission head, said.