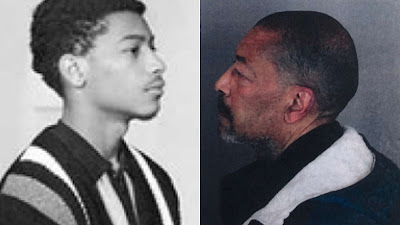 A fugitive Leonard Rayne Moses has been arrested in the US state of Michigan, by the FBI nearly half a century after he escaped from custody.

In 1971, Moses fled while serving a life sentence for the first-degree murder of Mary Amplo during civil unrest that followed the assassination of Martin Luther King Jr. in 1968.

According to ABC News, investigators were able to catch Moses Thursday through the FBI’s Next Generation Identification system.


“It’s these new advances in technology that the FBI must continue to identify and use to make sure those who commit crimes are brought to justice,” Christman wrote in a statement.

On April 6, 1968, Moses and others threw Molotov cocktails at a house during civil unrest in Pittsburgh that followed the assassination of King, according to the FBI.

Amplo, who was inside the house at the time, was badly burned from the attack. She died a few months later from pneumonia while recovering from the burns.

Moses was convicted of first-degree murder and sentenced to life in prison without parole in 1970 for killing Amplo. He was 16 years old at the time of the conviction, according to the FBI.

In March 1971, Moses’ case was brought before the Supreme Court of Pennsylvania to appeal his life sentence. His lawyers argued he was too young to make a voluntary waiver of his Miranda warnings.

“At the end of the court session, two justices provided dissenting opinions concluding the case should be remanded for a new trial,” a statement from the FBI said.

Despite the court victory, Moses escaped custody on June 1, 1971, while attending his grandmother’s funeral in Pittsburgh.

After Moses escaped custody, he assumed the identity of Paul Dickson, which he has used since at least 1999.

He used the alias while he was employed as a travelling pharmacist in Michigan, said Christman.

Moses was arrested at his home in Grand Blanc, Michigan, on Nov. 12 by the FBI’s Detroit Fugitive Task Force, said Christman.

According to the release, Moses is pending an extradition hearing and still faces Michigan state charges before he is brought back to Pennsylvania.