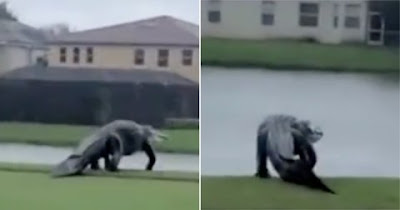 A gigantic alligator has been spotted stomping across a golf course in Florida – prompting utter disbelief on social media.

The dinosaur-like beast with huge legs and tail was ‘out for a stroll’ on Wednesday as the area was swept up in Hurricane Eta.

The extreme weather appeared to have prompted extreme animals to come out of hiding.

‘That is Godzilla that is not a gator,’ said one viewer of the video which was posted from his buggy by golfer Jeff Jones at Valencia Golf and Country Club in Naples.


By the looks of it, the beast could have a claim at beating the largest alligator ever recorded in Florida – 17.4 feet long.

Alligator sightings are not uncommon in Florida. The state has an estimated 1.3 million of them, according to Florida Fish and Wildlife.

But this one in particular gained attention because of its abnormal size and unusual way of walking.

Another social media user wrote: ‘That thing didn’t just survive the meteorite 65 million years ago, it rose up and headed it top corner’.

One ‘lifelong Floridian’, said: ‘Holy s**t … I’ve seen a few gators in my time, but never one that big. His tail alone most weigh 100 pounds.’

And some got a bit overwhelmed: ‘Oh my gosh!!! That thing is HUGE!!! Looks like it is part dinosaur!! Wow. I’d die if I saw this in person.’

Typically alligators are seen in a crawling position but do lift up their legs higher when covering longer distances. 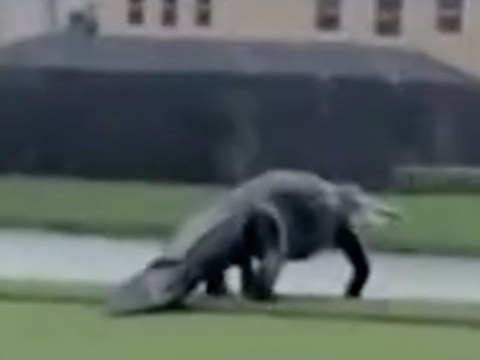 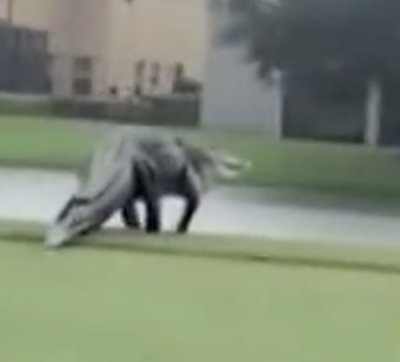 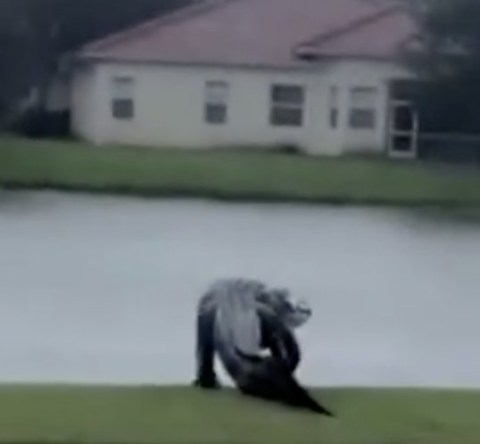