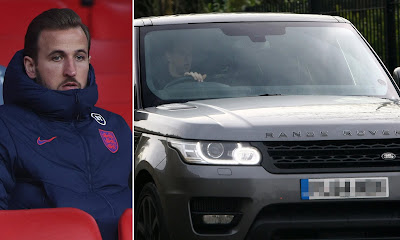 England captain Harry Kane’s Range Rover has been stolen from outside an address in east London, according to reports.

Thieves used an electronic device to open the Tottenham striker’s £100,000 car in Chingford before making off with it, The Sun newspaper said.

The Metropolitan Police said it received a report of a theft of a vehicle from outside a residential property in the Chingford area on October 25.

“Officers contacted the victim and carried out inquiries. No suspects were identified,” a statement from the force said.


Kane is now the third Spurs player to be robbed in recent months after his team-mates Dele Alli and Jan Vertonghen were attacked by armed raiders.