President Buhari, Ministers’ Cars To Be Converted To Run On Gas 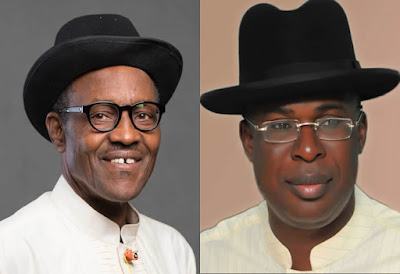 Vehicles in the Presidential Fleet and those of members of the Executive Council of the Federation would be converted to use gas as fuel, Minister of State for Petroleum Resources, Timipre Sylva, has said.

Mr Sylva, who spoke with Premium Times in his office, on Wednesday, said the conversion of the vehicles to use compressed natural gas (CNG) is a step in his ministry’s plans to roll out the National Gas Expansion Programme (NGEP) on November 30.

CNG is an alternative fuel type to petrol (also called PMS) for automobiles. Mr Sylva said the government wants to end the reliance of Nigerians on petrol, which deregulation has pushed its price almost beyond the reach of many consumers.


The minister who said his official vehicles have been converted to use gas as fuel, said he expects members of the National Assembly to also convert their cars to gas.

“Of course, I have since converted my official vehicles to gas,” Mr Sylva said.

“Beyond that, we are working on getting the members of the Executive Council of the Federation to convert their official cars to gas as a cheaper and more reliable fuel to PMS. Even cars in the presidential fleet will be converted to run on gas.

“We will also discuss with members of the National Assembly to convert their official cars to run on gas. We will kick-start that initiative soon as we plan to roll out the National Gas Expansion Programme. Hopefully, with the example we will show, we will persuade Nigerians to see gas as the preferred and reliable fuel in Nigeria,” he said.