Yung6ix BEGS Davido And Burna Boy To End Their Feud.. Says Loyal Fans Might Take It To The Next Level 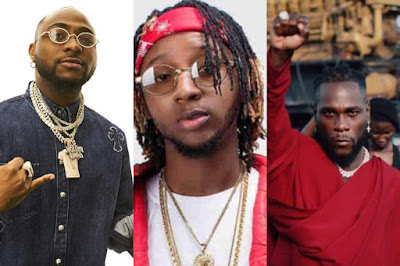 Yung6ix has appealed to his colleagues in the entertainment industry to settle their differences.

Anyway, Yung6ix is appealing to the singers to settle their fight, because it won't be nice if their loyal fans take it to the next level. He made them understand what will happen, which he says won't be the best and nobody would win.

His tweet appealing to both parties after the cut...