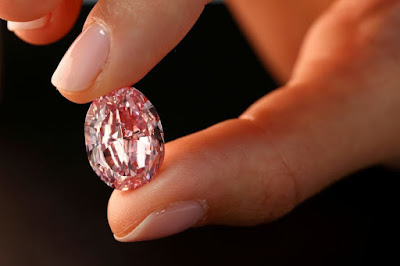 A rare pink diamond has sold for $26.6million as global supplies of the gems run low.

The purple-pink diamond dubbed the 'Spirit of the Rose' went under the hammer at Sotheby's auction house in Geneva on Wednesday.

The sale comes a week after the closure of the Argyle Mine in Western Australia, which produced 95 per cent of the world's pink diamond supplies.


The 27.85 carat gem was the the biggest raw stone of the colour ever found in Russia.

It then took a year to painstakingly cut the finished diamond to shape and retain its vivid colour.

Sotheby's described the flawless gem as 'a true wonder of nature'.

The auction house estimated the gem could fetch a price between $23 - $38million at the Geneva sale.

It was bought by a telephone bidder who chose to remain anonymous. 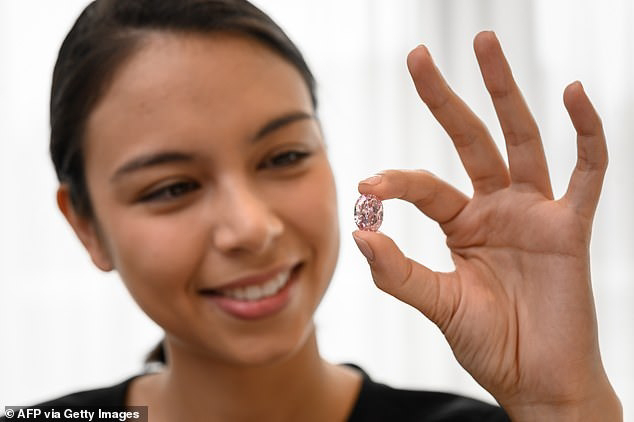 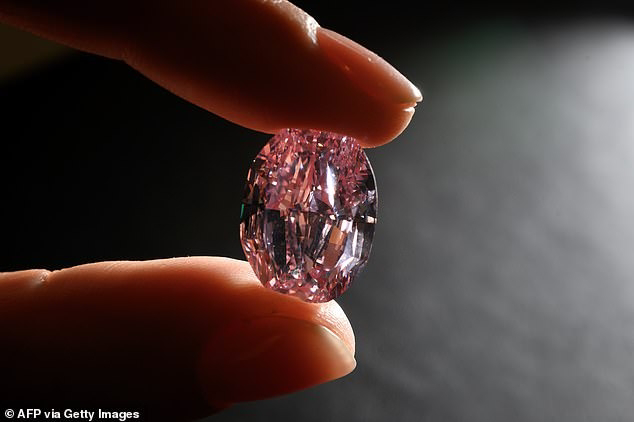