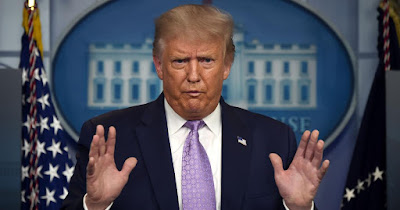 The US Attorney General has authorised federal prosecutors to pursue "substantial allegations" of vote count irregularities in relation to the 2020 US Election despite no evidence.

Donald Trump has refused to accept his defeat to Joe Biden and insisted his campaign for re-election is the victim of widespread electoral fraud, though has presented nothing to back it up.

However, prosecutors have now received a memo from Attorney General William Barr to probe whether something went awry.

He has ordered an investigation into "substantial allegations of voting and vote tabulation irregularities", but urged prosecutors not to chase "fanciful or far-fetched" claims.

It came several hours after Barr met with Republican Senate Majority Leader Mitch McConnell, who earlier on Monday said Trump was well within his rights to look into charges of "irregularities".

Erna w 08:33 Wed, 11 Nov 2020
Hurrah! In the end I goot a web site from where I
know how tto really obtain valuqble data regarding myy study and knowledge.