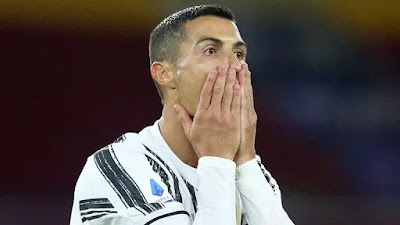 Italian giants, Juventus are considering cutting ties with forward Cristiano Ronaldo next summer. This is owing to fears that his huge pay is no longer affordable by the club.

Ronaldo joined Juventus from Real Madrid in 2018 in a deal worth €100 million and signed a contract that sees him earn a whopping €31m per season at the Italian side.

A local source reports that Juventus don’t intend to extend Ronaldo’s contract, which expires in 2022, and they will instead make him available for transfer this summer in an attempt to claw back some of the money they have spent on him.

Club officials in Juventus also fear Ronaldo has not really justified his high wage with the club even though he scored 37 goals in all competitions last season. Officials believe the club has not gotten to the next level with him.


Winning the Serie A title has been something of a formality in recent years, but it’s the Champions League which has eluded Juventus.

The fact that Ronaldo could not stop their exit in the last 16 at the hands of Lyon has left some in Turin feeling frustrated.

Since Juventus belief it would remain in the same position even without Ronaldo, so they are considering letting him go in the summer to help balance the books.