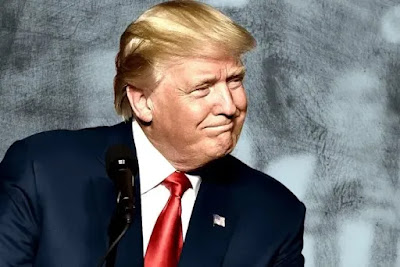 Donald Trump, who frequently compares his presidency as next to Abraham Lincoln’s, has become the 11th president to be ousted from the White House after serving only one term in office.

His loss to Democrat rival Joe Biden saw him join the dreaded single-term president’s club – and made him the first man to do so since George H W Bush lost to Bill Clinton in 1992 after just four years in office.

Most single-term presidents are Republican, with presidents at greater risk of serving only a single term if the country faces economic hardship and sharply divided public opinion – both of which have beset Trump.

George HW Bush was ousted after a single term after struggling with an economic recession and decreased focus on foreign policy.


He was also unfavourably compared to Bill Clinton, who dazzled voters with his charisma and was hugely popular with black voters.

Gerald Ford, the 38th president, faced scrutiny for his pardoning of Richard Nixon and presided over the worst economy since the Great Depression in his term, which lasted from 1974 to 1977.

Trump frequently gave pardons to his supporters and political allies, with controversial grants of clemency to people like political adviser Roger Stone and Sheriff Joe Arpaio.

Another Republican who only served one-term was Herbert Hoover, who believed that government should stay out of relief efforts during the Great Depression from 1929 to 1933.

He was preceded by Franklin Delano Roosevelt, arguably one of the most influential US presidents, whose ‘New Deal’ stimulus plan brought America’s economy out of the gutter.

In comparison, Trump was weak on stimulus packages throughout most of the pandemic, leading Americans to struggle on their own as millions continue to be unemployed throughout the country.

And there was William Taft, a Republican president from 1909 to 1913. Theodore Roosevelt, who had already served as president and was beloved by the American people, ran against Taft as a third-party candidate to siphon votes away so that Woodrow Wilson could come away with the victory.

The only 20th century Democrat to serve one term was Jimmy Carter, from 1977 to 1981, whose anti-war policy led to American servicemen dying in a botched attempted to save hostages in Iran.

Ronald Reagan defeated Carter in a landslide victory, which brought in a new era of Republican politics that included a massive ‘war on drugs’ policy, resulting in mass incarcerations of people of colour.