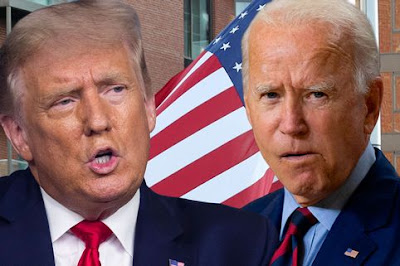 A mystery British businessman has staked $5 million (£3.9million) on Donald Trump being re-elected as US President, it has been claimed.

The unnamed offshore ex-banker reportedly put down what is believed to be the biggest ever political wager at a private bookies on the island of Curacao in the Caribbean.

He is said to have consulted with insiders on the Republican's campaign and would win almost $15 million (£11.5m) if Democrat Joe Biden is defeated on Tuesday.

A source said: "Word of this bet has done the rounds and we think it's the biggest ever made on politics."


Former Vice President Biden boasts a major poll lead with just hours to go, and Betfair Exchange confirmed another Brit put down £1 million on the former Senator over the weekend.

But bookies are still seeing bets come in for Trump thanks to attractive odds.

The businessman-turned-politician emerged against the odds in 2016 to beat Hilary Clinton, encouraging last minute flutters.

Ladbrokes' Jessica O'Reilly said: "Biden looks home and hosed according to the bookies and pollsters, but even at the eleventh hour punters are continuing to back Trump at the odds on offer."

It is illegal to bet on the outcome of an election in the US, but that's not the case elsewhere, with Betfair seeing $337 million worth on the 2020 race for the White House.

Matthew Shaddick, head of political betting at British sports betting and gambling firm GVC, said: "It is twice as big as 2016, easily making it the biggest political event ever."