53-year Old Man Threatens To Burn Down Flats After Woman He Paid £20 For Oral S.e.x Ran Off With His Money 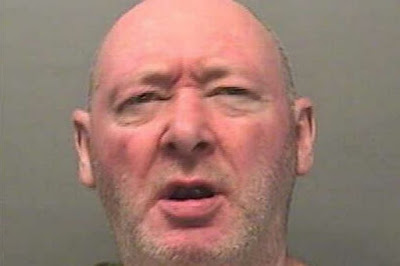 A man threatened to burn down a block of flats after paying £20 for oral s.e.x he did not receive, a court heard.

Dean Ley, 53, was holding a cigarette lighter while shouting at residents who were hiding a woman he claimed had ran off with the money he gave her for s.e.xual services.

After being arrested and released on bail, Ley then burgled and ransacked the headquarters of a charity that provides support to disabled children.

Swansea Crown Court heard that on September 3 this year, people living in flats in the city's St Helen's Road were disturbed by someone in the street below "shouting aggressively".


Craig Jones, prosecuting, said when residents went to their windows, they saw Ley striking a cigarette lighter and threatening to burn the block down unless they stopped "hiding" a woman.

The court heard the threats of arson went on for some time with the defendant trying to gain entry to the block through the communal front door.

Mr Jones said at one stage Ley was joined by a female friend who told the frightened residents: "You don't know him. He will gut you all."

Police were called and the defendant told officers that he had paid a woman £20 for oral s.e.x but that she had run away with the cash.

He said had seen her going into the flats and he wanted to get his money back.

Ley was arrested, charged and on September 10 appeared at Swansea Magistrates' Court where he was granted bail.

Giving the defendant credit for his guilty pleas, the judge Rees sentenced Ley to 18 months for making threats and six months for burglary with the sentences to run consecutively making a total sentence of two years.

The defendant will serve up to half of that period in custody before being released on licence.