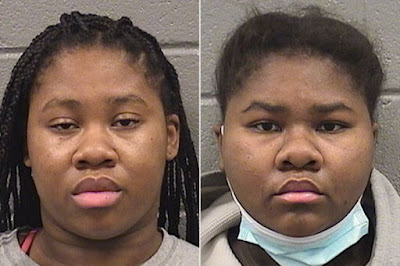 Two sisters allegedly stabbed a security guard 27 times after he asked them to wear a face mask at a shop.

Jessica Hill, 21, and her 18-year-old sister Jayla entered a retail store in Chicago on Sunday and got into a verbal confrontation with the male security guard, 32.

According to police, the sisters were told by the man that they had to wear a face mask and use hand sanitiser to enter the Snipes shore store.

Reports claim Jayla began filming the security guard, and allegedly said she was calling someone to “kick his ass", prompting him to reach out and try to grab the phone, prosecutors said. 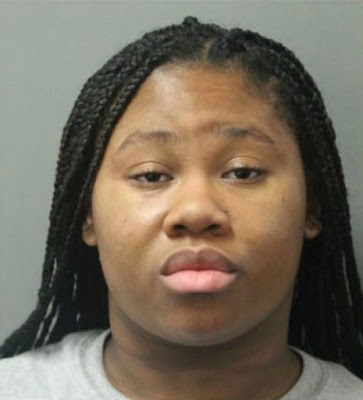 But the argument became physical when Jessica pulled out a bladed comb and stabbed him 27 times in the back, neck and arms, according to the criminal complaint.

It is also alleged that Jayla held the victim down by his hair during the attack. He did not need surgery and is in a stable condition.

The security guard and an assistant store manager pleaded for the sisters to stop, and when the victim finally broke free, the women allegedly kicked him in the head and body, prosecutors said.

Jessica allegedly taunted the man following the attack, calling him "b***h" and telling him he had gotten "f****d up" by her and Jayla.

Jessica and Jayla were taken to hospital following the attack after suffering minor lacerations.

The pair's defense attorney claimed the women were acting in self-defense and argued that they were "overcharged".

Both were later charged with attempted first-degree murder, according to police. Jail records show they are currently being held without bond.