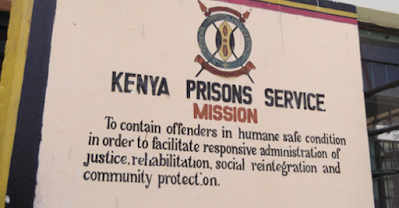 A family from Nyantitira village in Kisii County, Kenya is crying for justice after a three-month-old baby died in mysterious circumstances at Homa Bay Women’s Prison on October 1.

Bonface Ogero, the baby’s father, told K24 Digital that they were contacted by prison officials informing them that the infant, Seline Kemunto, died after an inmate suspected to be mentally ill grabbed her from the mother, also an inmate and smashed her on the ground.

His wife, he said, gave birth through caesarian section and is still recovering.

She has been in the prison after being sentenced to two years in a case in which she lost money while working as an M-Pesa agent.


The prison official, her husband said, had called to ask him to take the infant’s body for burial.

However, the family said that the prison authorities ended communication with them after they demanded an investigation to establish the cause of the baby’s death.

Now the baby’s body has been lying in a Homa Bay mortuary as her family fights to establish what led to her death in prison.